ORDER "A HOLIDAY TO REMEMBER" ON VINYL

"We’ve all been there. Long night, good night, bad night, any night, and the only thing that makes sense is rolling down the windows and blasting music that takes you to a different place. It’s the feeling Haviland and her band, Whiskey Heart, wanted to capture with their new single, “Hideaway,” and they nailed it"

“Rebecca Haviland asserts her individual voice as an
expressive force on the passion-fueled Bright City Lights,
a gritty exploration of identity and culture.”
– Atwood Magazine 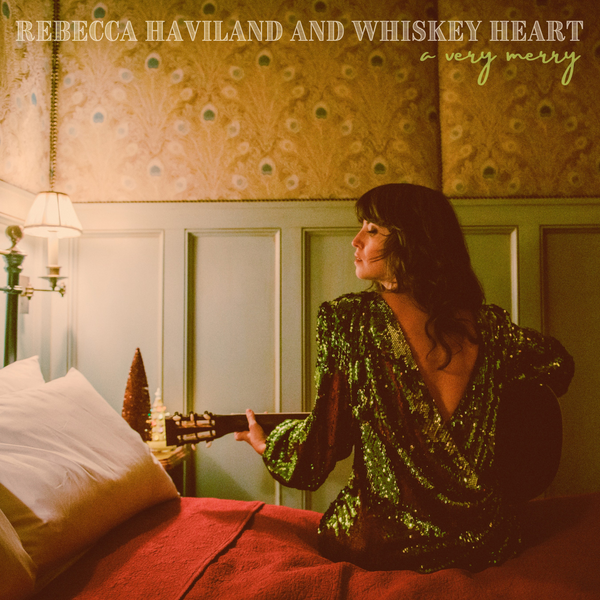 Our new holiday single “A Very Merry” is out now - inspired by the Flying Burrito Brothers and Emmylou Harris- we had so much fun making a holiday record a few years ago, we thought we would do it again… 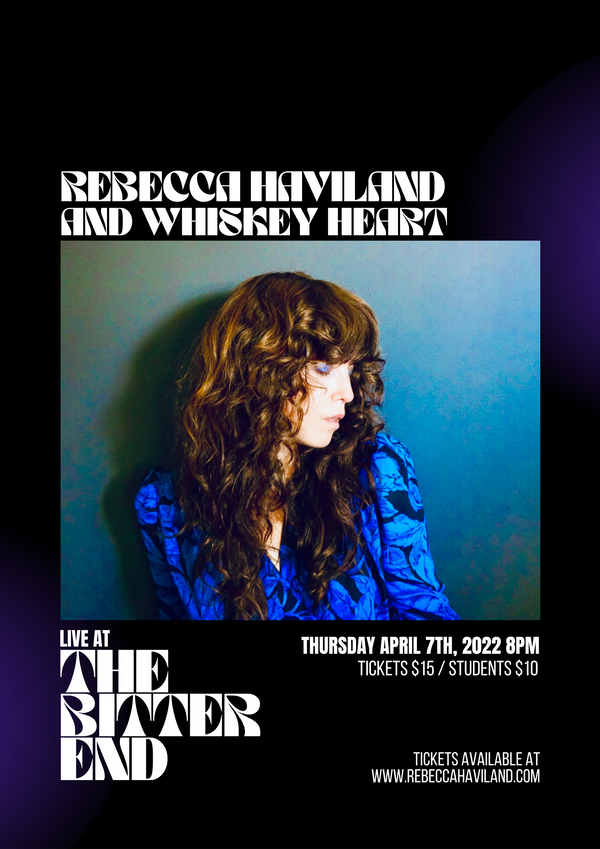 We are so excited to be returning to this historic NYC venue on April 7th for our first full band performance in two years! It has been a long two years for many of us, and we are grateful for… 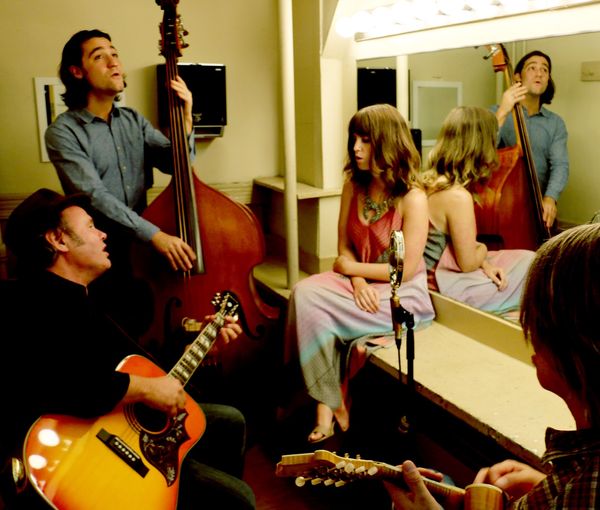 Throwing it back to two years ago when Rebecca Haviland sang Angel From Montgomery backstage with the Martin Sexton Trio.
Filmed live in one take by Ehud Lazin at Tarrytown Music Hall. 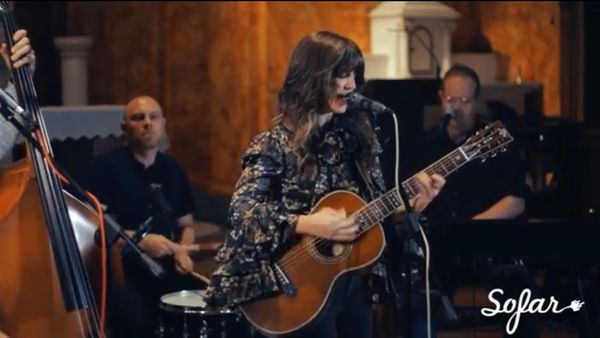 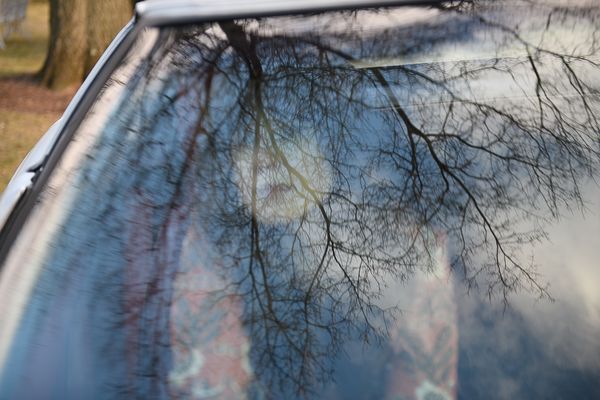 Full video from Rebecca Haviland and Whiskey Heart's Paste Music Session Monday July 23rd, 2018, featuring the songs "Bright City Lights", and "You and I" from the recently released EP Bright City Lights, and a new song entitled "Hideaway", to…

Surprise! We’re excited to release the video for our song “You and I” featuring choreography by the amazing Whitney G Bowly and dancer Kristina Desjardins - check out the full video below.

Thanks Grown Folks Music for the exclusive… 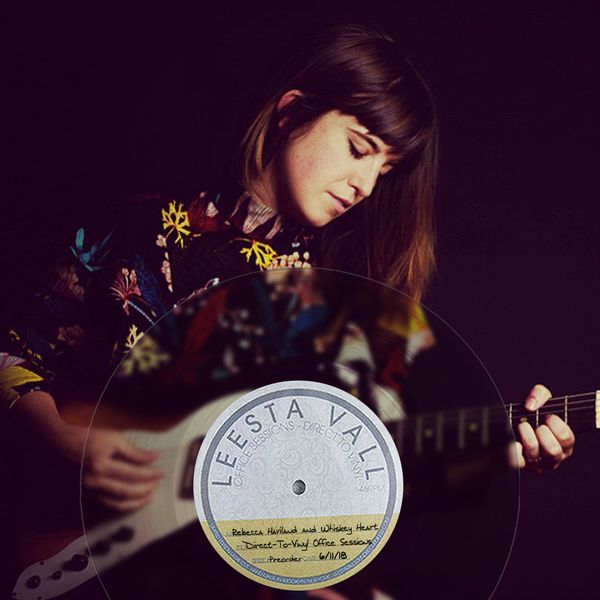 Have you ever wanted your favorite Whiskey Heart song recorded live to vinyl with a personal message just for you? Well, here's how it works:

Head over to Leesta Vall Records Pre-Order to select your song, and we'll cut…

We are so thrilled to release our new EP Bright City Lights into the world today! Huge thanks to everyone involved in making the record, especially my band Chris Anderson, Kenny Shaw and Todd Caldwell, and special thanks to Steven…

Happy spring, and with it so much excitement from the Whiskey Heart camp- the new EP Bright City Lights comes out April 27th but you can preorder it on iTunes HERE.  We are also playing not one but TWO… 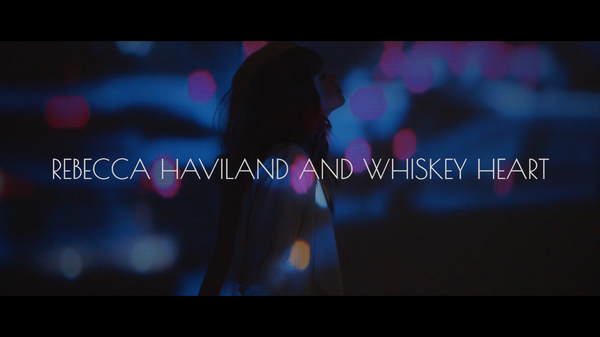 So thrilled to share the FULL video for our single, “Bright City Lights”, premiering right now via Atwood Magazine! Check it out HERE and let us know what you think!! We had so much fun making this video, and can’t… 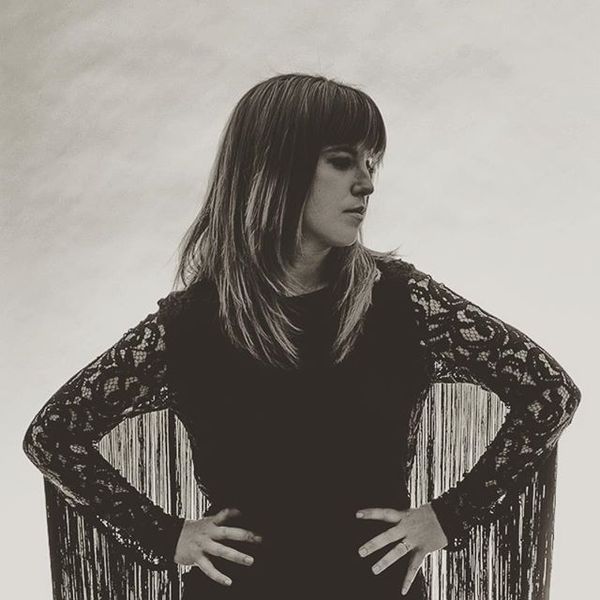 Rebecca Haviland and Whiskey Heart are excited to join Martin Sexton for his Winter Tour, starting in Maine and ending in Texas.  Tickets are available now in the ticket link on the website.  Rebecca also recently joined M3, Mentoring for…

I am so excited to share the new promo video for our single BRIGHT CITY LIGHTS- filmed by our good friend and awesome videographer Jack Hoffman.  Enjoy!!

The new single by Rebecca Haviland and Whiskey Heart is available now! Featuring our incredible band with Chris Anderson on bass, Todd Caldwell on B3, Kenny Shaw on drums, and Steven Salcedo on bari sax.  With producer Don DiLego at…

Rebecca and the band recently headed back into the studio to make their second record.  Recorded at Atomic Sound in Brooklyn, NY with producer Don DiLego (Hollis Brown, Jesse Malin), this new set of tunes reflects Rebecca’s experiences on the…

"echoing the best elements of the Wallflowers, Ryan Adams's Cardinals, and an
imaginarily distaff Black Crowes.  Whiskey Heart may be Rebecca Haviland's band, but the term describes the honeyed bourbon strut of her voice as well"
- Chronogram

Rebecca Haviland and Whiskey Heart, a roots rock Americana band based in New York, consists of bassist Chris Anderson (Martin Sexton), drummer Kenny Shaw (Dispatch) and B3 player Todd Caldwell (Crosby Stills and Nash).  Rebecca’s big vocals and intimate songwriting accompanied by her soulful band break new barriers with their unique form of Americana. Their album Bright City Lights released in 2018 was called “hauntingly beautiful” by Paste Magazine, and “the rare seven song disc that deserves to be stretched to a full length” by Chronogram.  After completing a tour opening for Martin Sexton in 2018, Rebecca and her band released two live albums, Sun Studio Sessions Volume 1 and Volume 2, tracked across two late night recording sessions at the famous Sun Studio in Memphis, TN where artists like Elvis and Johnny Cash made their first recordings.  Their episode of Sun Studio Sessions Live taped for PBS and other public television stations is airing now nationwide.  The new single, Hide Away, inspired by a collection of late night memories, will be released May 17th with tour dates to follow.

Rebecca, the granddaughter of jazz musicians, got her start at a young age when her father started sneaking her into bars at the age of 13 to sit in with her uncle's blues band.  Her first album with Rebecca Haviland and Whiskey Heart, released in 2012, received awards in the International Songwriting Competition and Unsigned Only Competition.  After a year playing keyboards and guitar for multi-platinum selling pop artist Rachel Platten, which included television performances on Ellen and Good Morning America with performances across North America, Europe, Australia and Japan, Rebecca decided to head back in the studio with a collection of songs inspired by her travels and her love for American roots music.

"Bright City Lights" was released in April of 2018 and produced by Don DiLego (Jesse Malin, Hollis Brown) at Atomic Sound in Brooklyn featuring the singles, "Bright City Lights," and "You and I."  The music video for "You and I" received a nomination in the International Songwriting Competition category for best music video.

Early 2019 brought the release of two live albums, tracked in two separate late night sessions at the famous Sun Studio in Memphis, TN where artists like Elvis and Johnny Cash made their first recordings.  Volume 1 features a collection of originals and covers including the John Prine song Angel From Montgomery, and Slipped Tripped Fell In Love by artist Ann Peebles.  Volume 2 features original songs taped for the band's episode of Sun Studio Sessions Live airing now on public television and PBS stations nationwide.

Rebecca release singles "Hideaway" and "Stone Cold Lonesome" in 2019. "These songs are  meant to be a collection of stories and memories, but I also wanted all the songs to create a nostalgic feel and simultaneously be awesome late night driving songs, the kind of songs you put on after leaving a hang on a cool summer night, and you're driving with the windows down on the highway thinking about what could have been, what was said, and what might be."

With Covid putting a pause on touring for the last year, Rebecca headed back into the studio in October of 2020 to track a holiday EP called "A Holiday To Remember," with her band and horn section including Matt Owens on trumpet, Steven Salcedo on Saxophone, and Jimmy O'Connell on trombone.  It was released in December of 2020 featuring two original Christmas songs and a cover of Jingle Bells.

As Covid restrictions continue to lift, Rebecca Haviland and Whiskey Heart will be hitting the ground running and plans to head out back on tour and release new music. Check back to our tour list often for updates!